The End of the Rainbow - Quilt That Is!

Well it took a while but I made it in the end! In September last year the lovely Molli Sparkles hosted a quiltalong called the Molli Sparkles Broken Herringbone Quilt Along or MSBHQA! I had seen the broken herringbone block when Molli shared some photos on a Facebook page we are both in and so I had already earmarked it as one of my future 'to do' projects so it seemed like a great idea to join in, even though I really didn't need another project (like we ever do!).

Anyhoo, I got a few blocks made here and there but then my father in law took ill and it got pushed aside as time was very short at that time.  So it went into my 12 in 2014 UFO project box as project No. 1 and April was its lucky month!

A while back I had laid all the blocks out and decided I needed two dark greens and one dark blue/indigo block and had picked up some fabric in these colours so I was ready to roll. 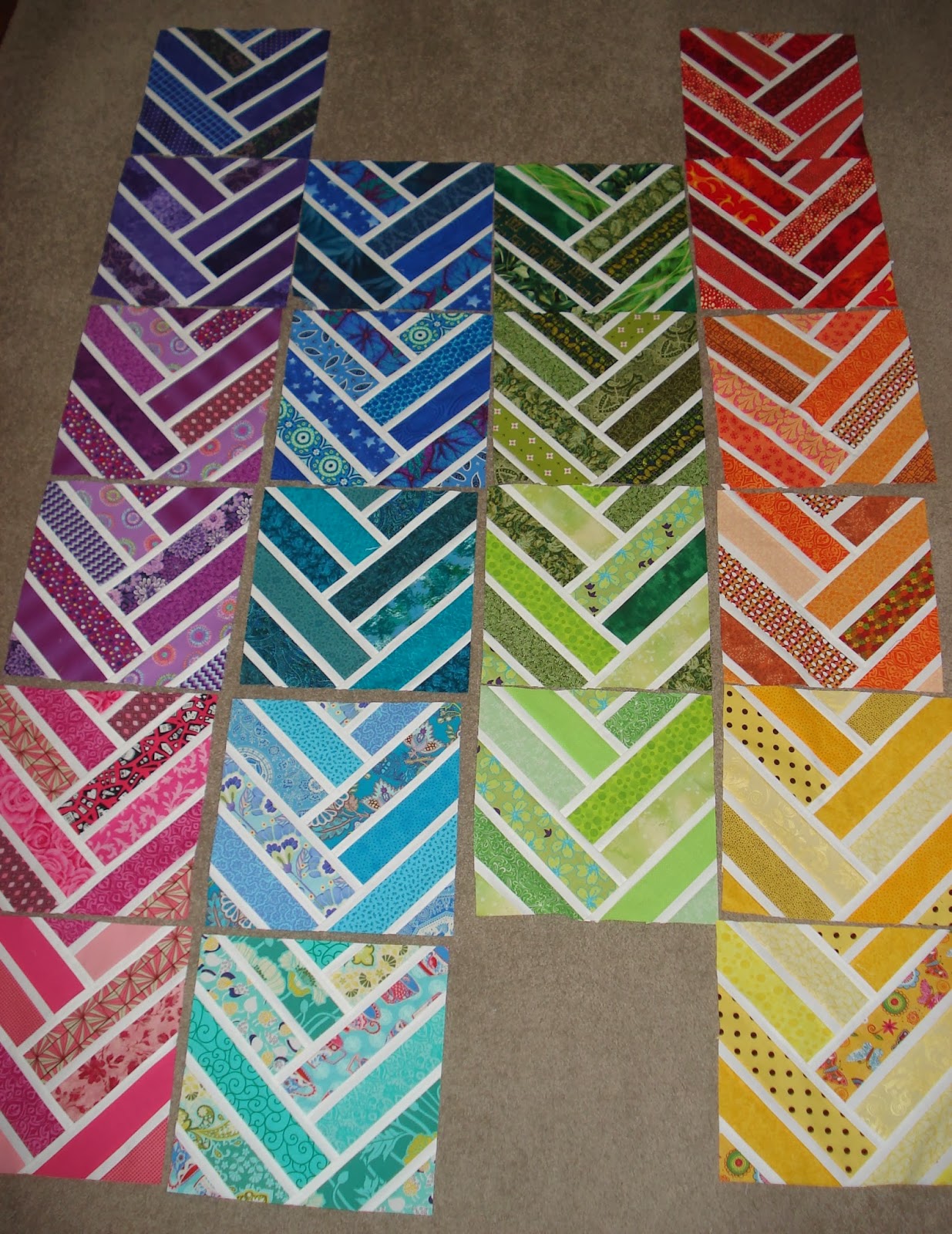 I got those made (and forgot to take a photo of them) and got them sewn together. Excuse the dodgy photo, the sun was determined to shine through the window when I was trying to take a photo! 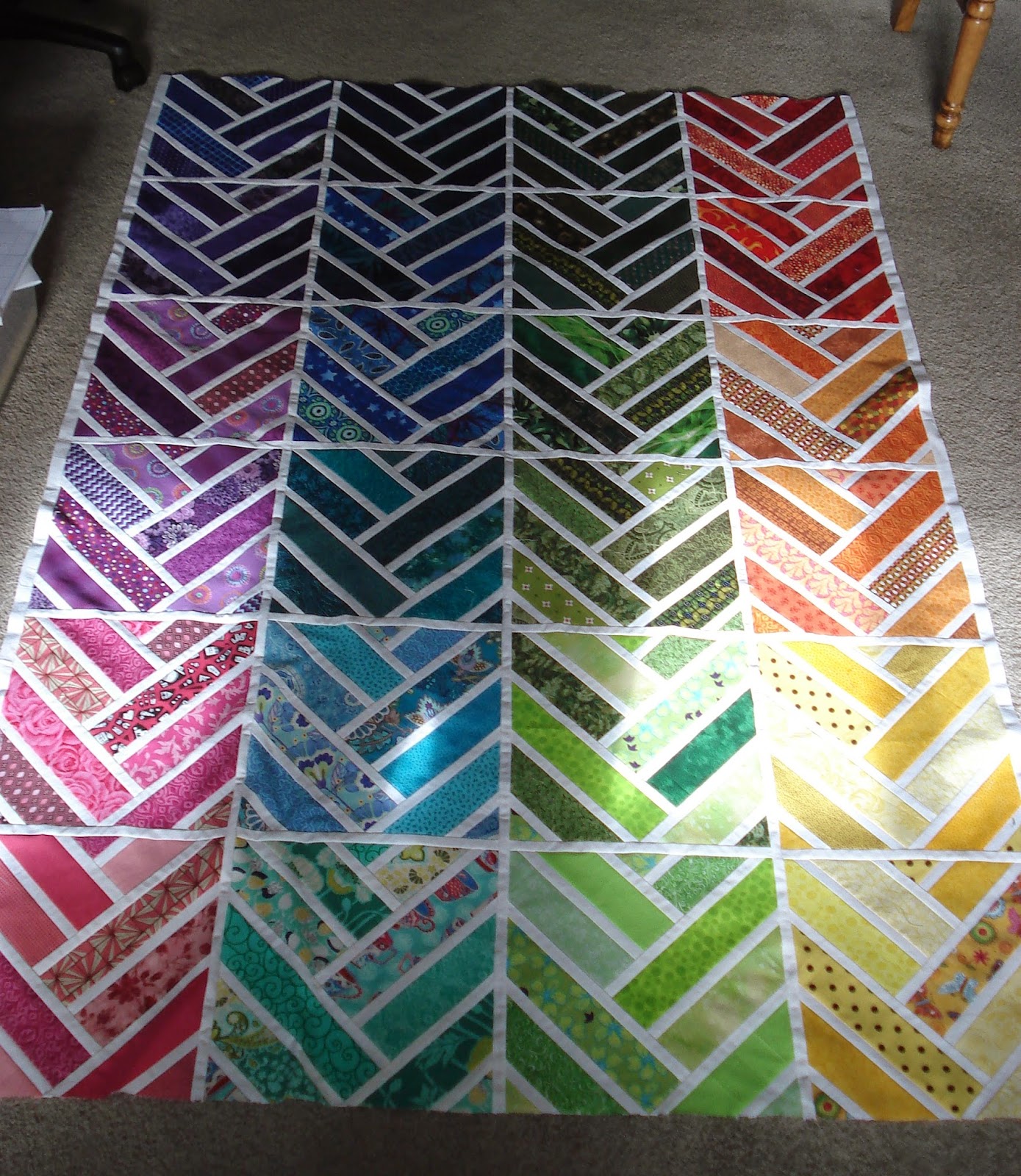 I decided it needed to be a bit wider if it was going to fit on a single bed so I pulled out all my leftover scraps and a few other pieces and started putting together another rainbow, a long narrow one this time!  Don't these cut offs look pretty? 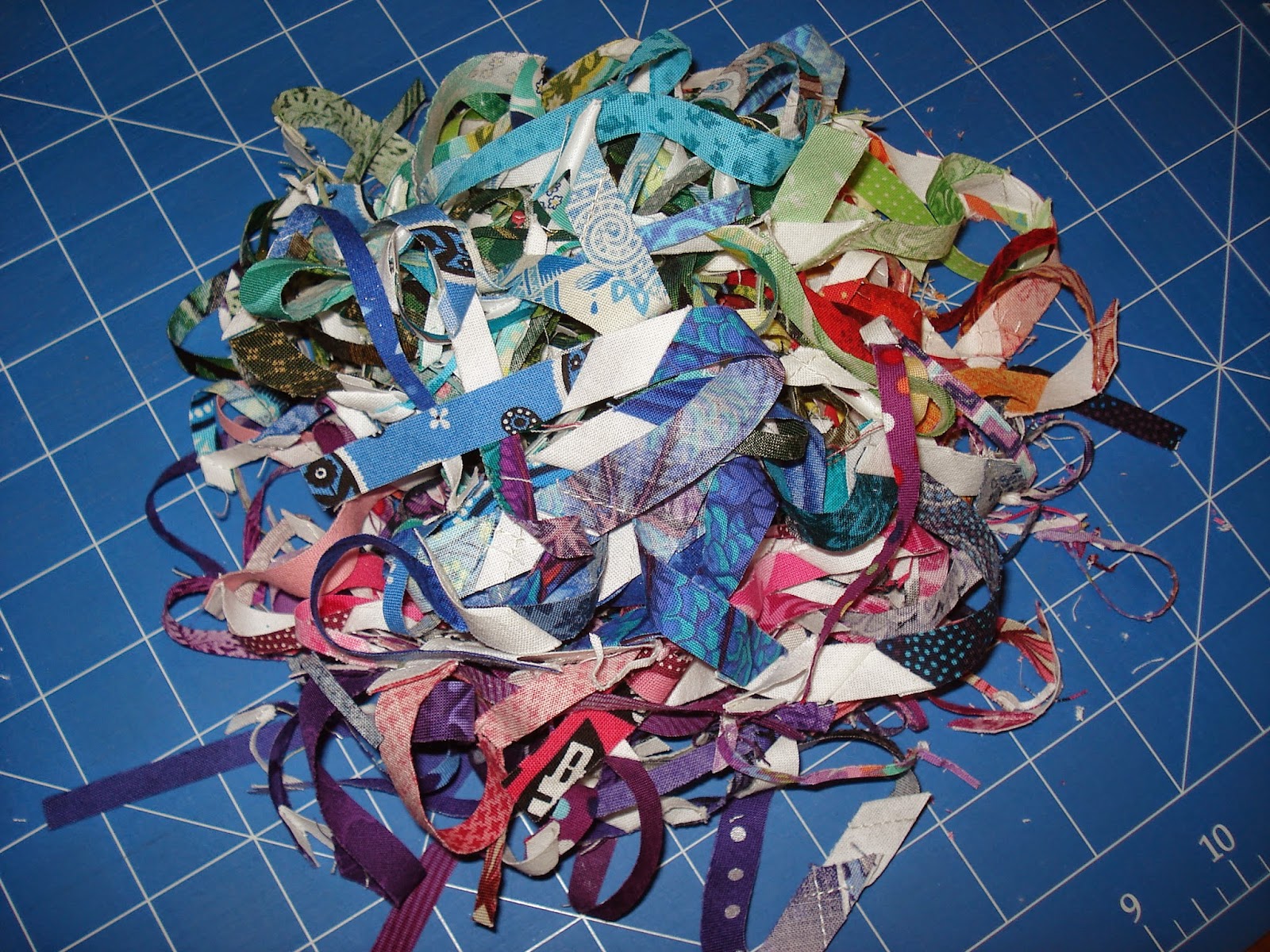 I ran these down each side and finished off with a slightly wider white border and Ta Dah... Its done! 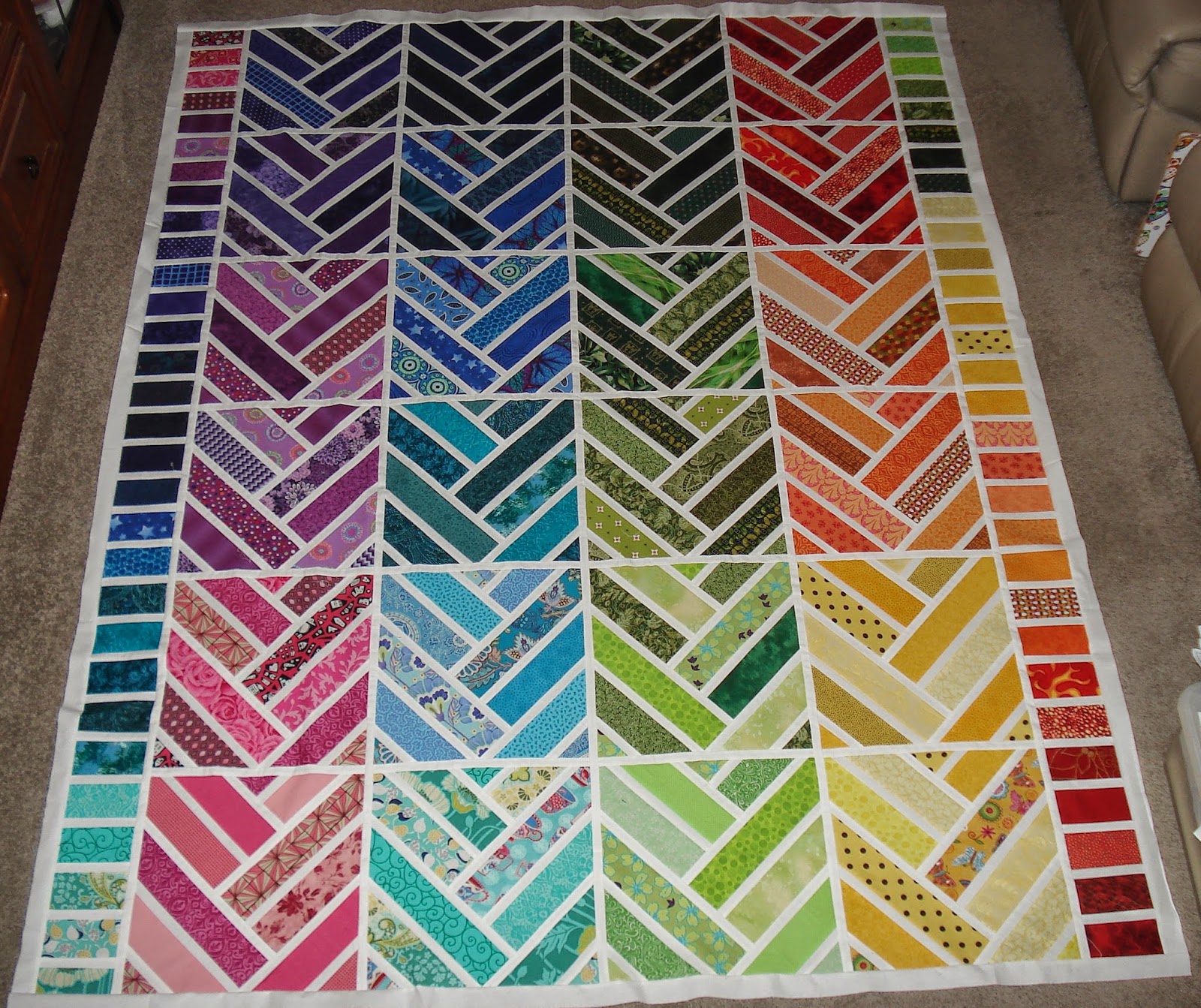 Really happy with the way it turned out, only problem is now it becomes a quilting UFO!

Thanks for visiting my blog today,