Well I opted to take it a bit easy for January's UFO and finally get around to practicing quilting feathers. They were on my list of things to try last year but I never got to them so this time I promoted them to my actual UFO list and now I've done it!

In October I went to the Australian Machine Quilting Festival held here in Adelaide every two years and was lucky enough to do some classes with the fabulously talented Judi Madsen. They were only demonstration classes not hands on but I still learned plenty let me tell you!  Judi was absolutely lovely and very helpful and open in sharing her techniques.

Luckily I took plenty of notes as it took my four months to get around to actually trying to put some of what I learned into action.  I posted last week about my initial attempts which turned out pretty well.  As a reminder here are a couple of photos, along with my initial sketches for practice!  Please excuse the attractive combination (not!) of pink fabric with lime green thread, I wanted to be able to clearly see what I was stitching. 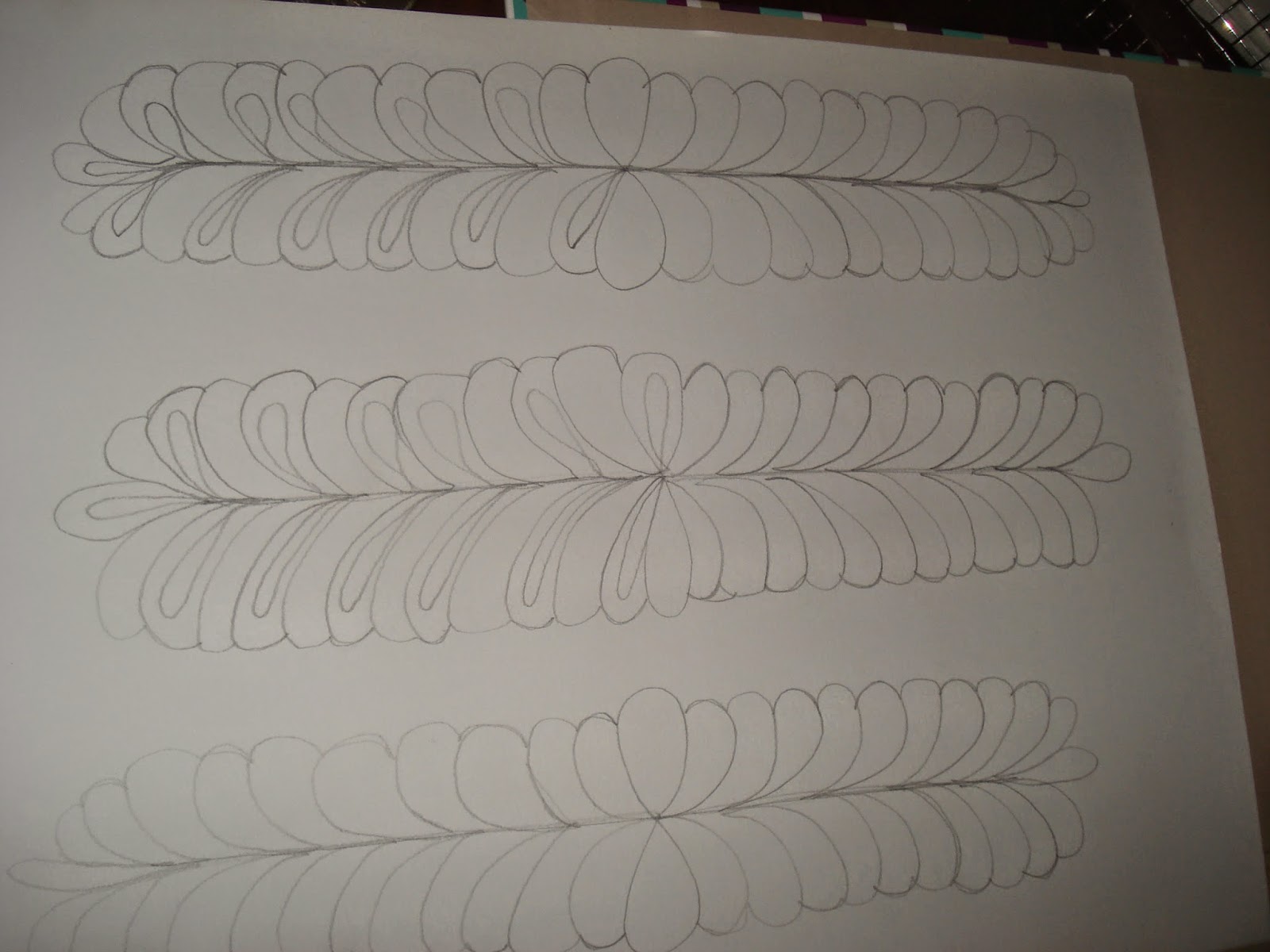 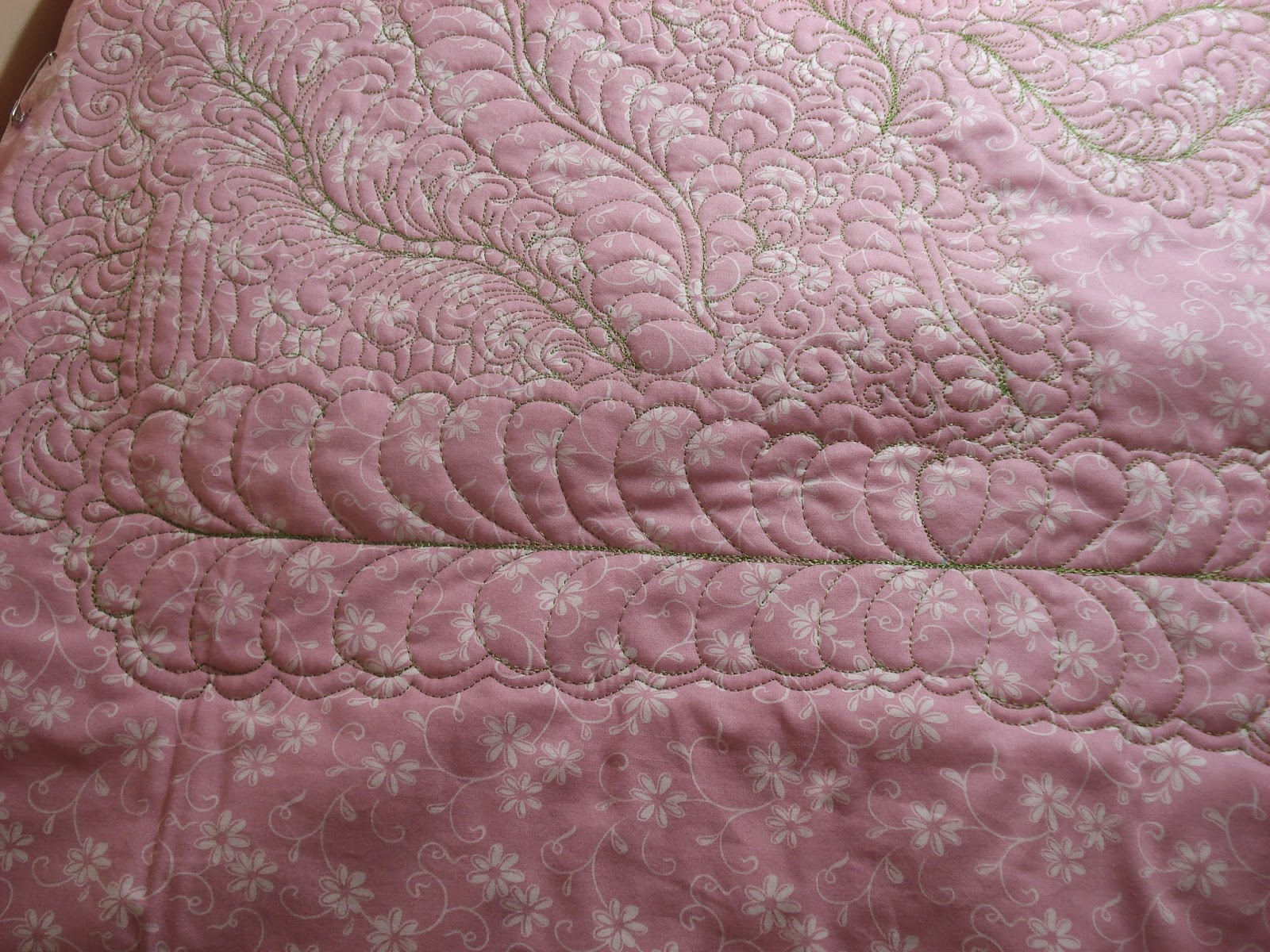 I had some trouble keeping things even in long row of feathers! 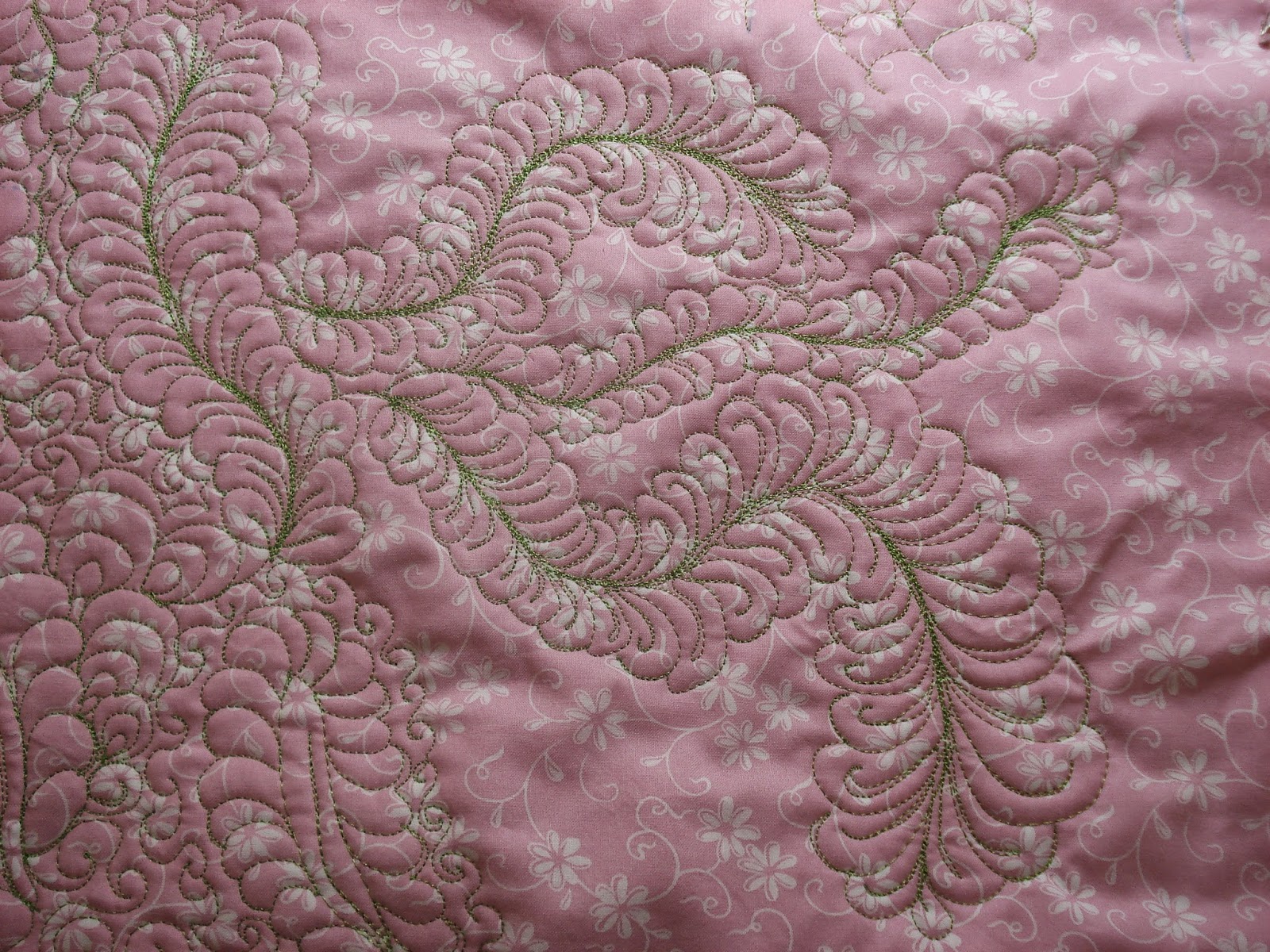 Quite liked these feathers, might have to use them in something soon!

This week I tried to do some feather motifs inside squares and also more practice on quilting feathers around a border (which I have to say without Judi's class I would have never figured out on my own!).  I've decided I quite like doing border feathers! 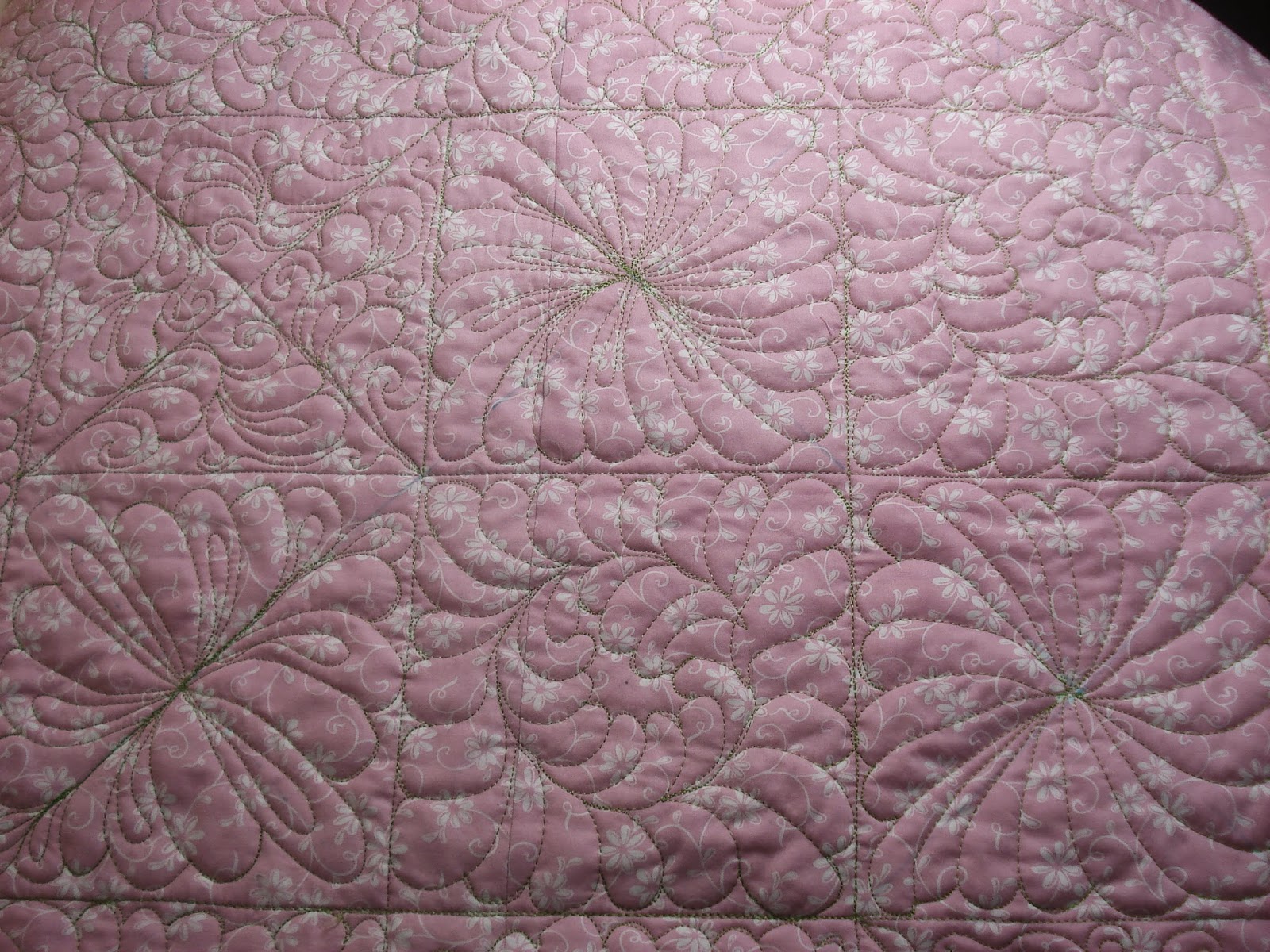 Here is the pencil sketch I started with! 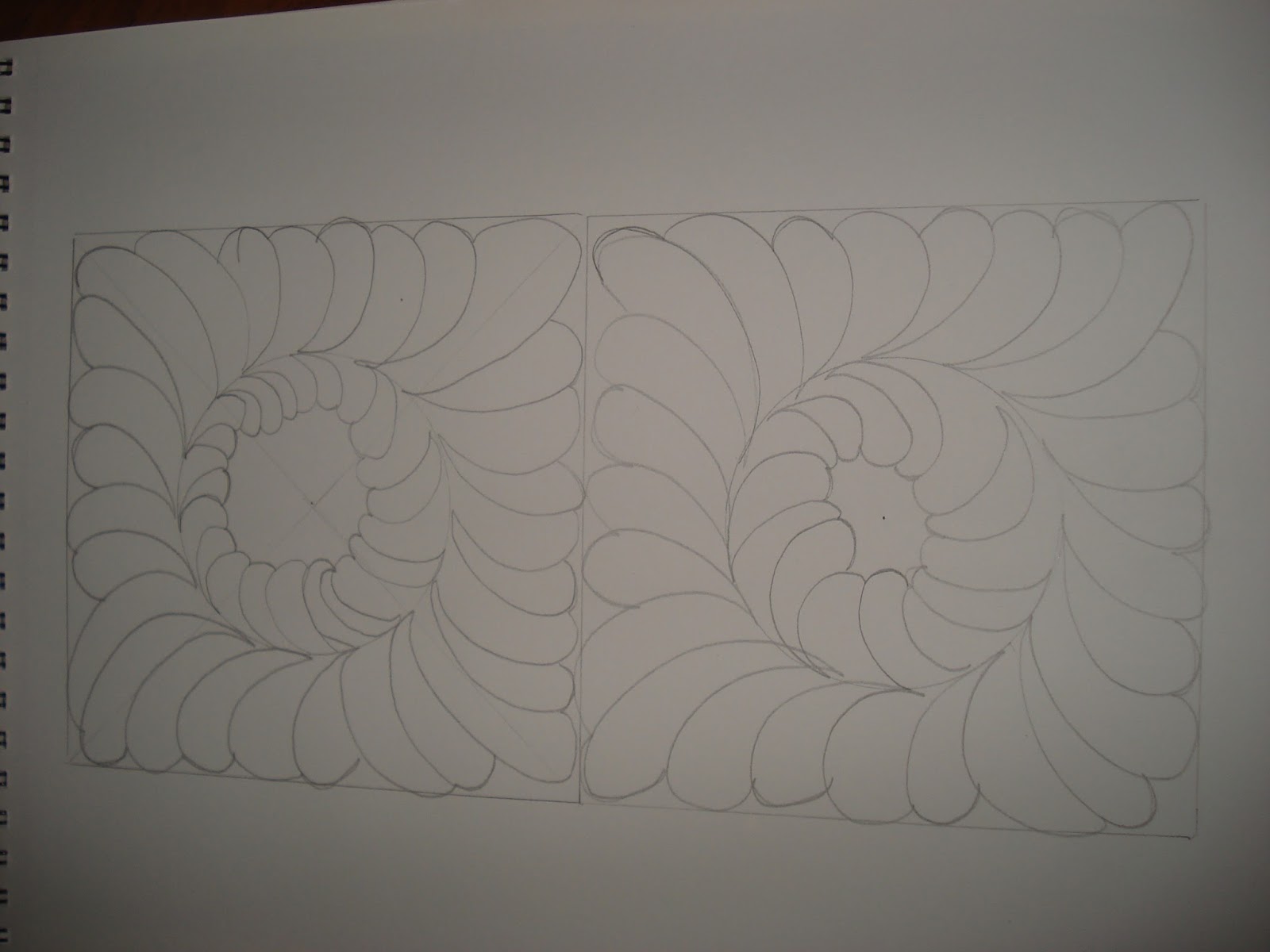 and the quilted version: 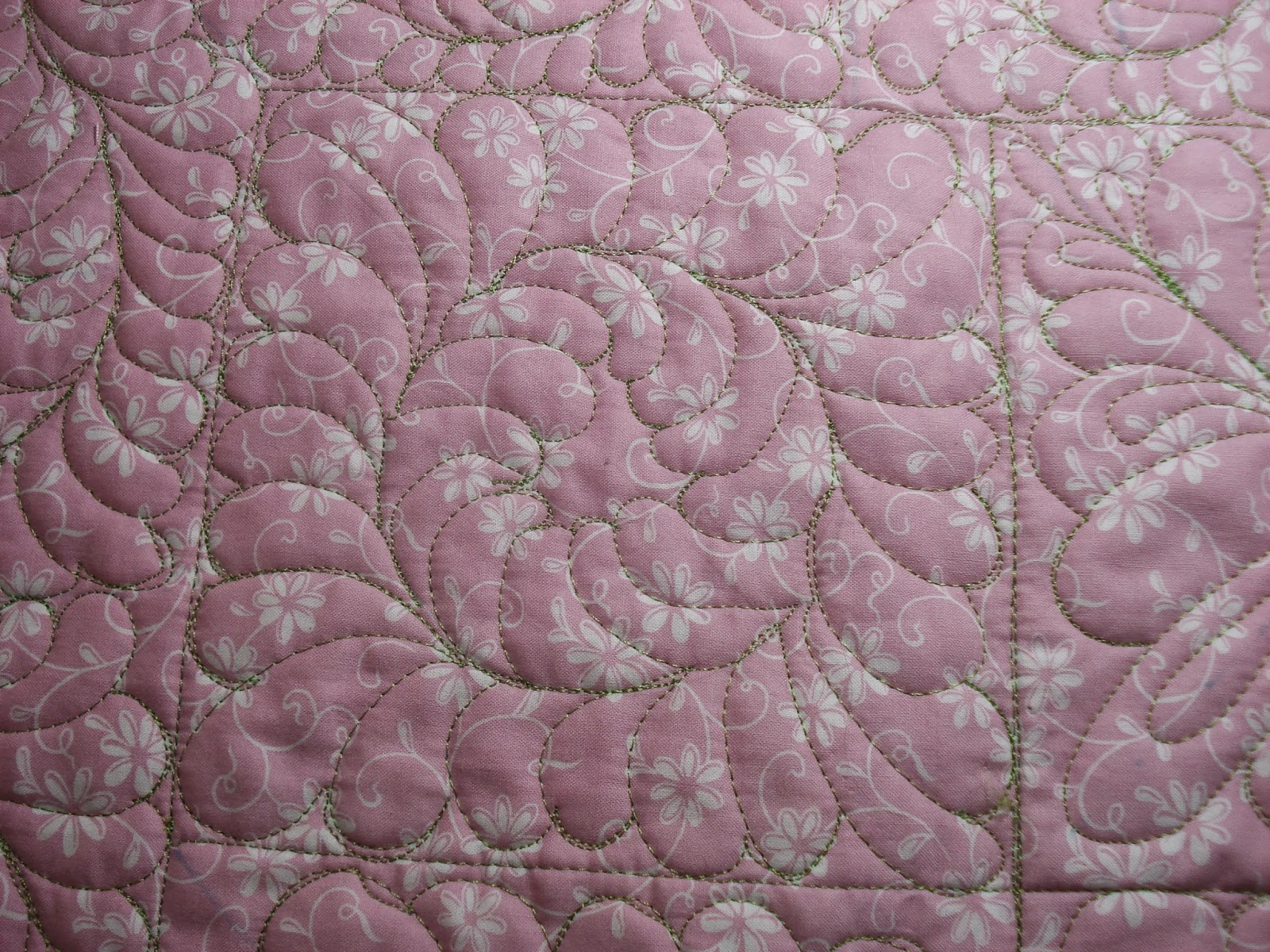 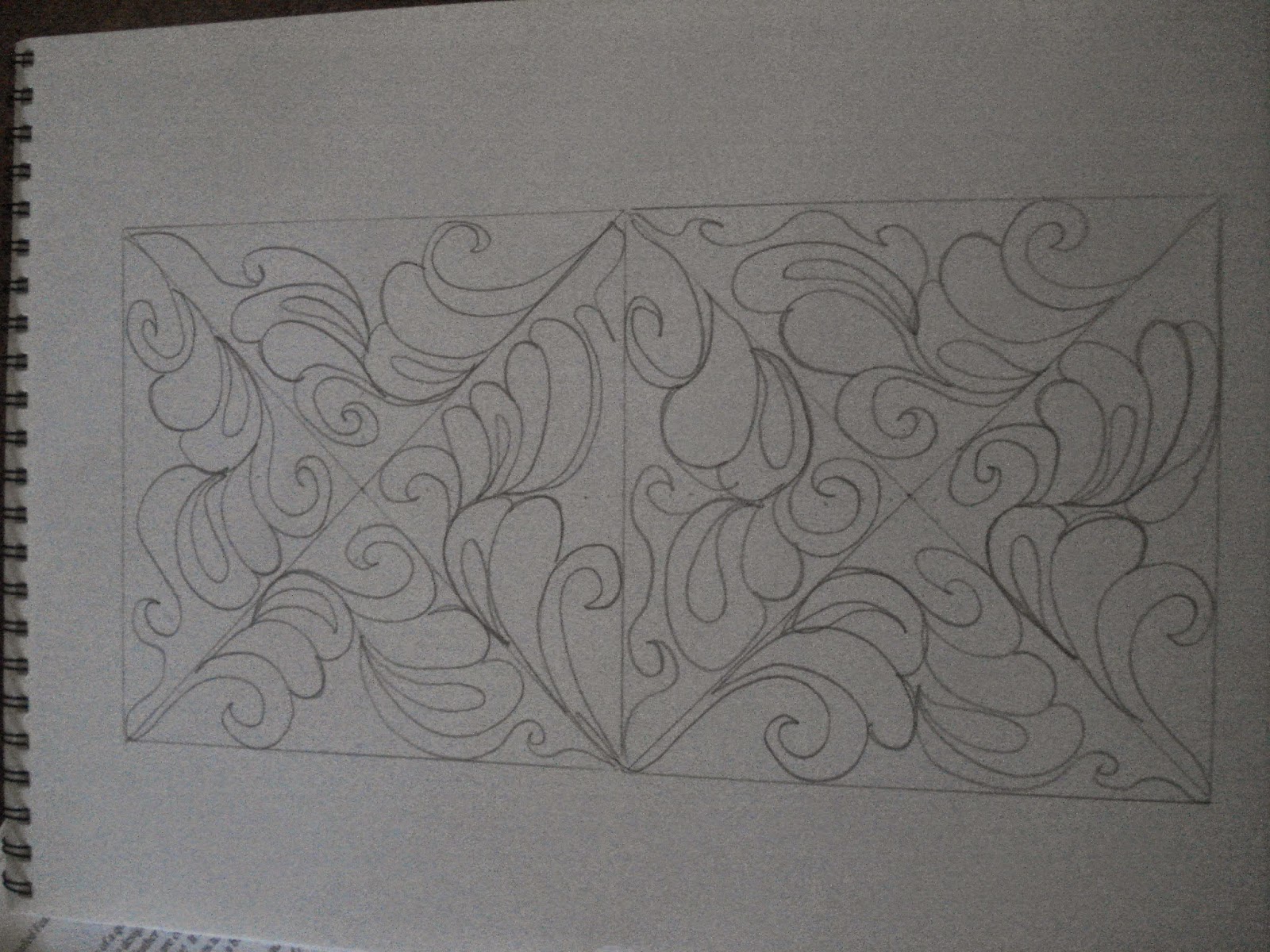 Not sure I'm a fan of this particular design of Judi's but it looks great when she does it. Mine? Not so much! 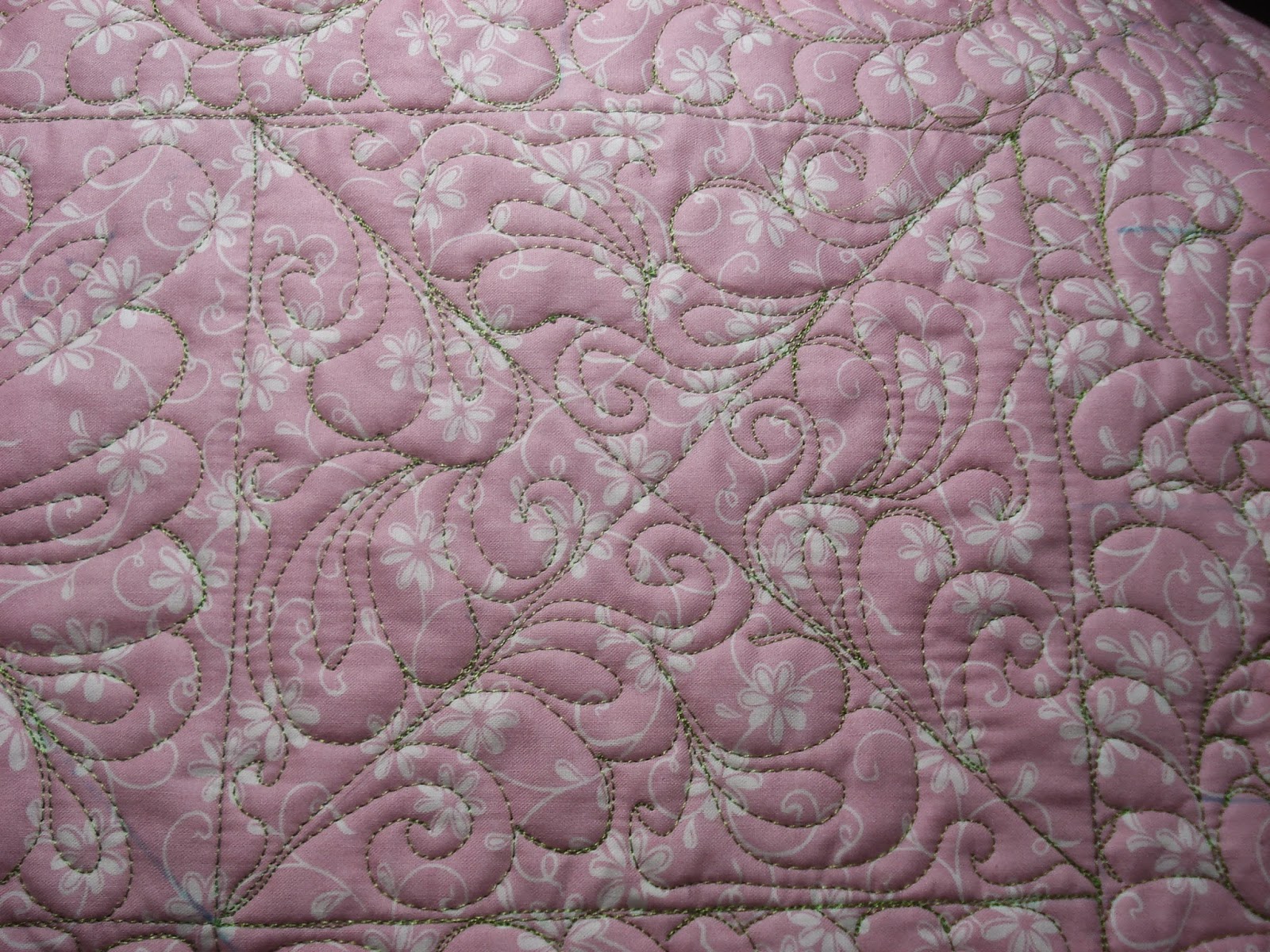 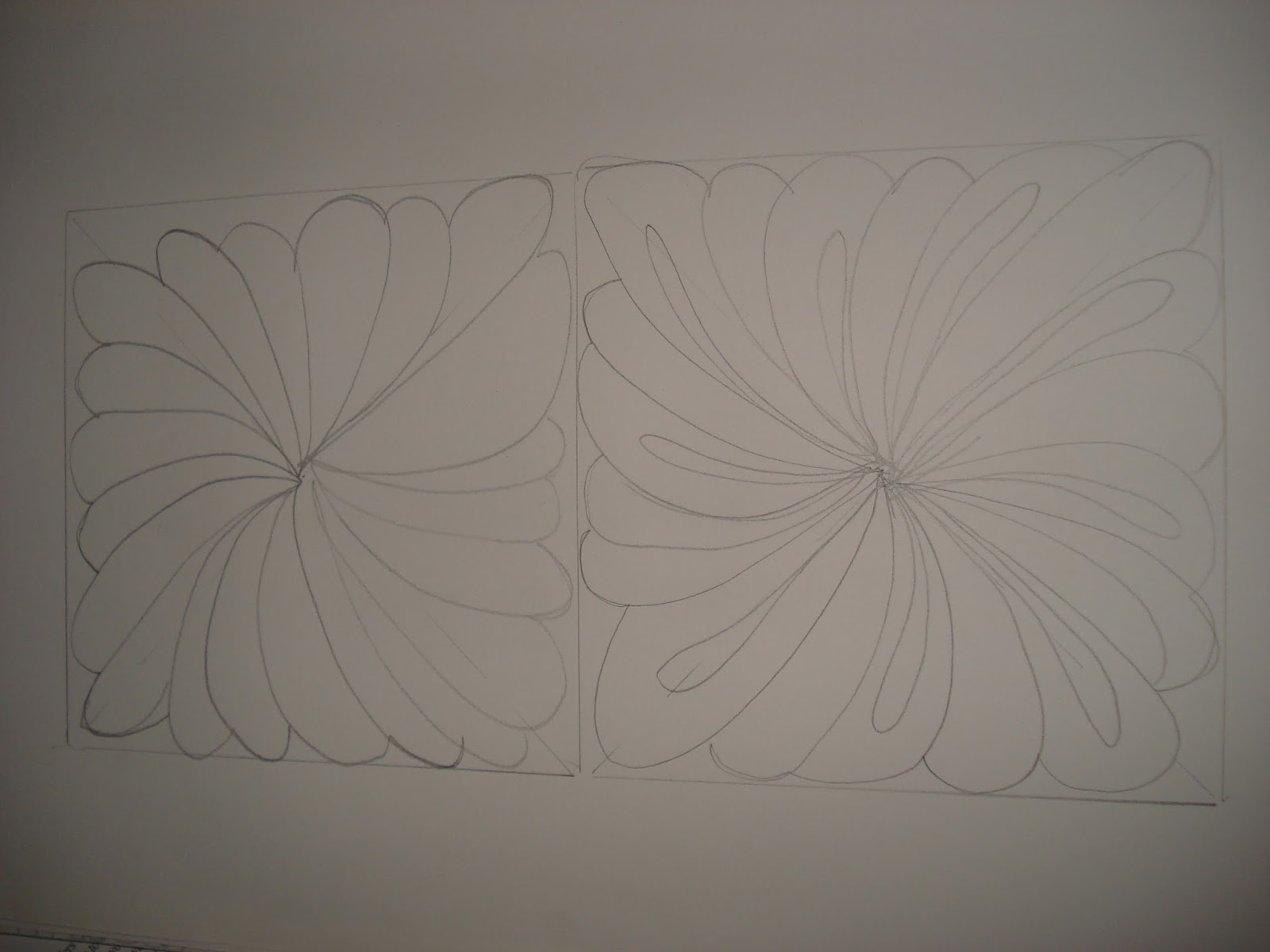 I struggle with getting this one right, it turned out better than it felt when I was doing it but still not loving it. More practice necessary I think. 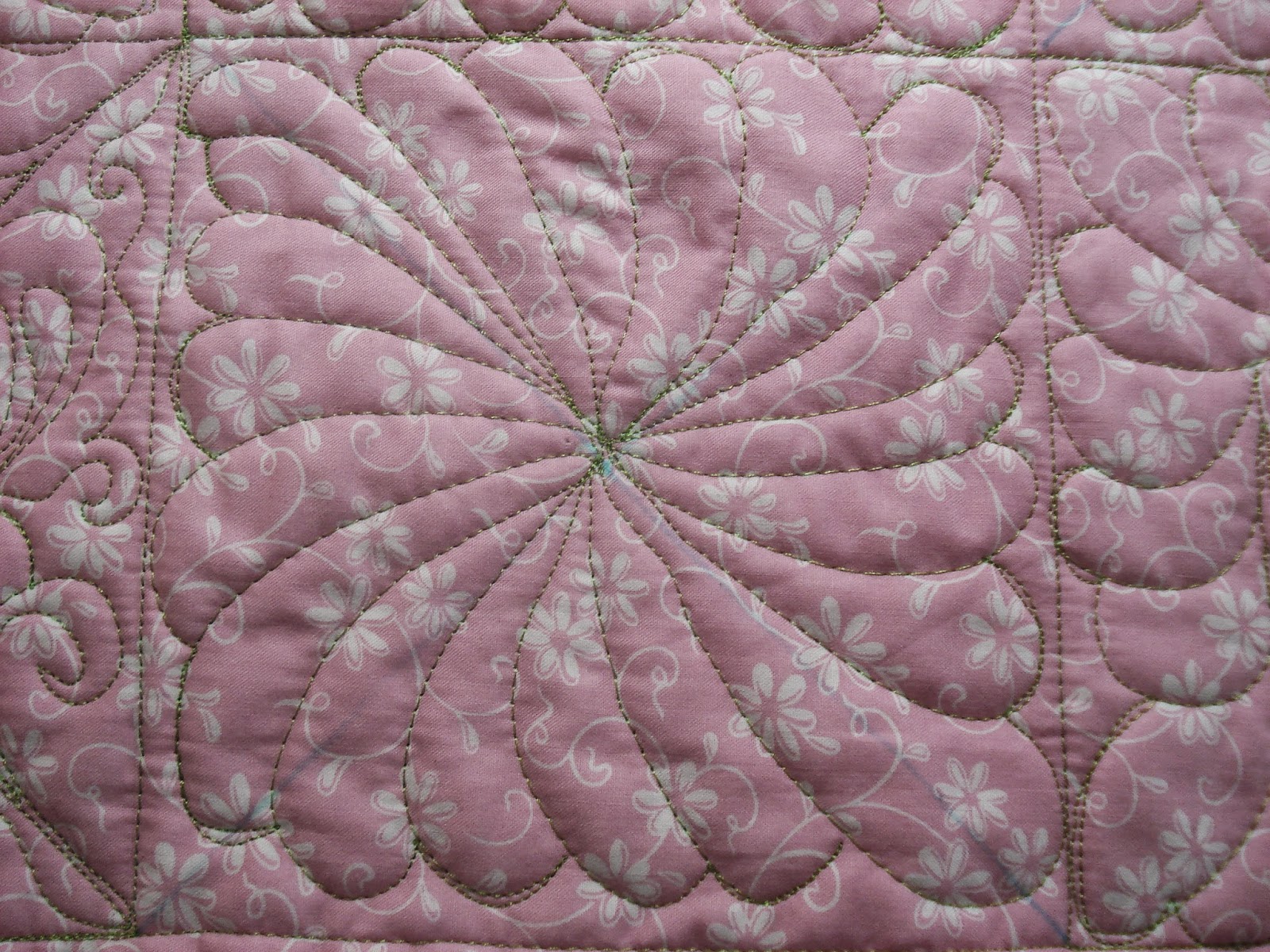 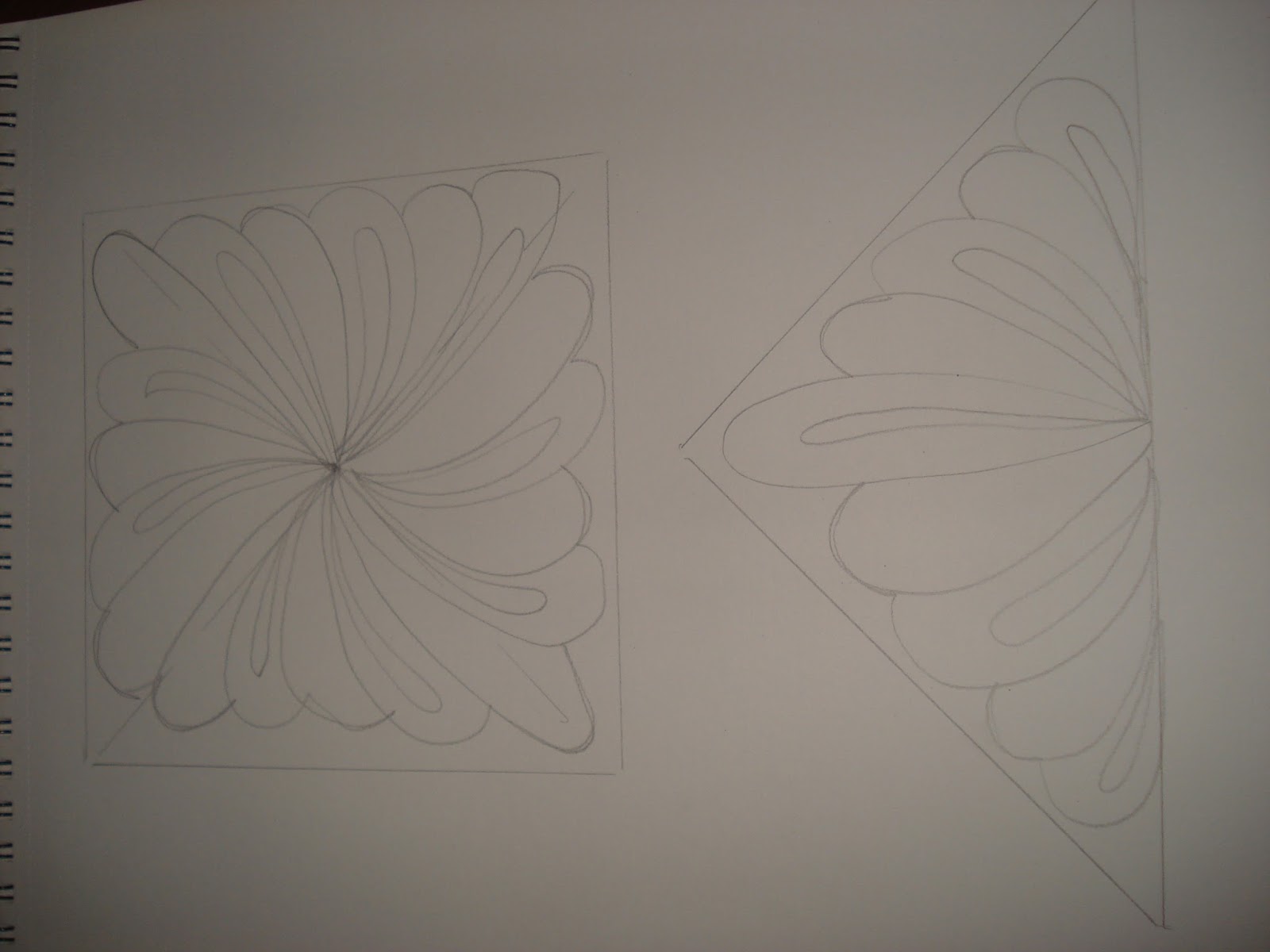 This one I took one of Judi's triangular shapes and made it into a square. I found it easier to quilt and I quite like the effect of it. 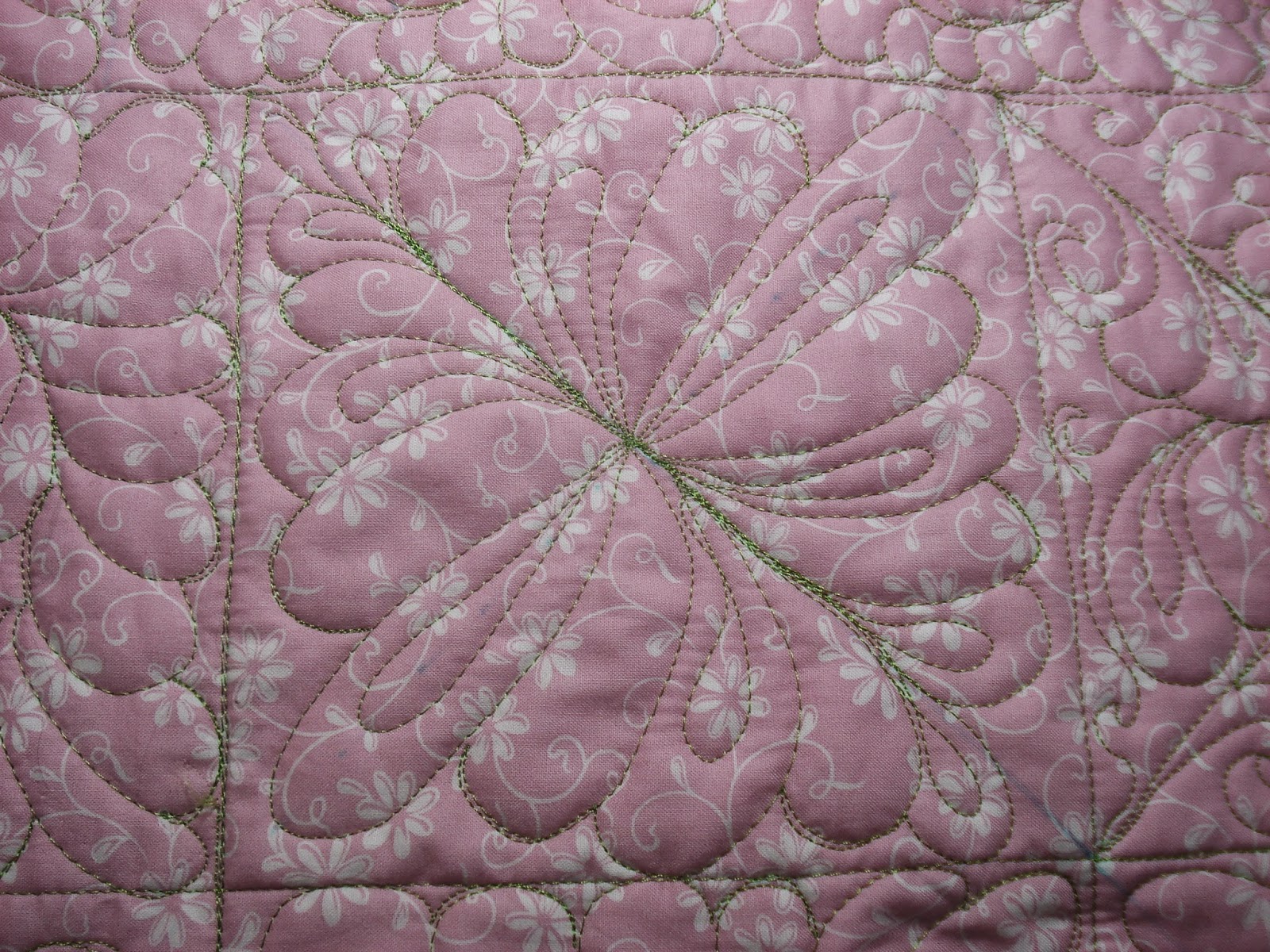 A close up of my border. Getting better at this, definitely going to use this on a quilt soon! 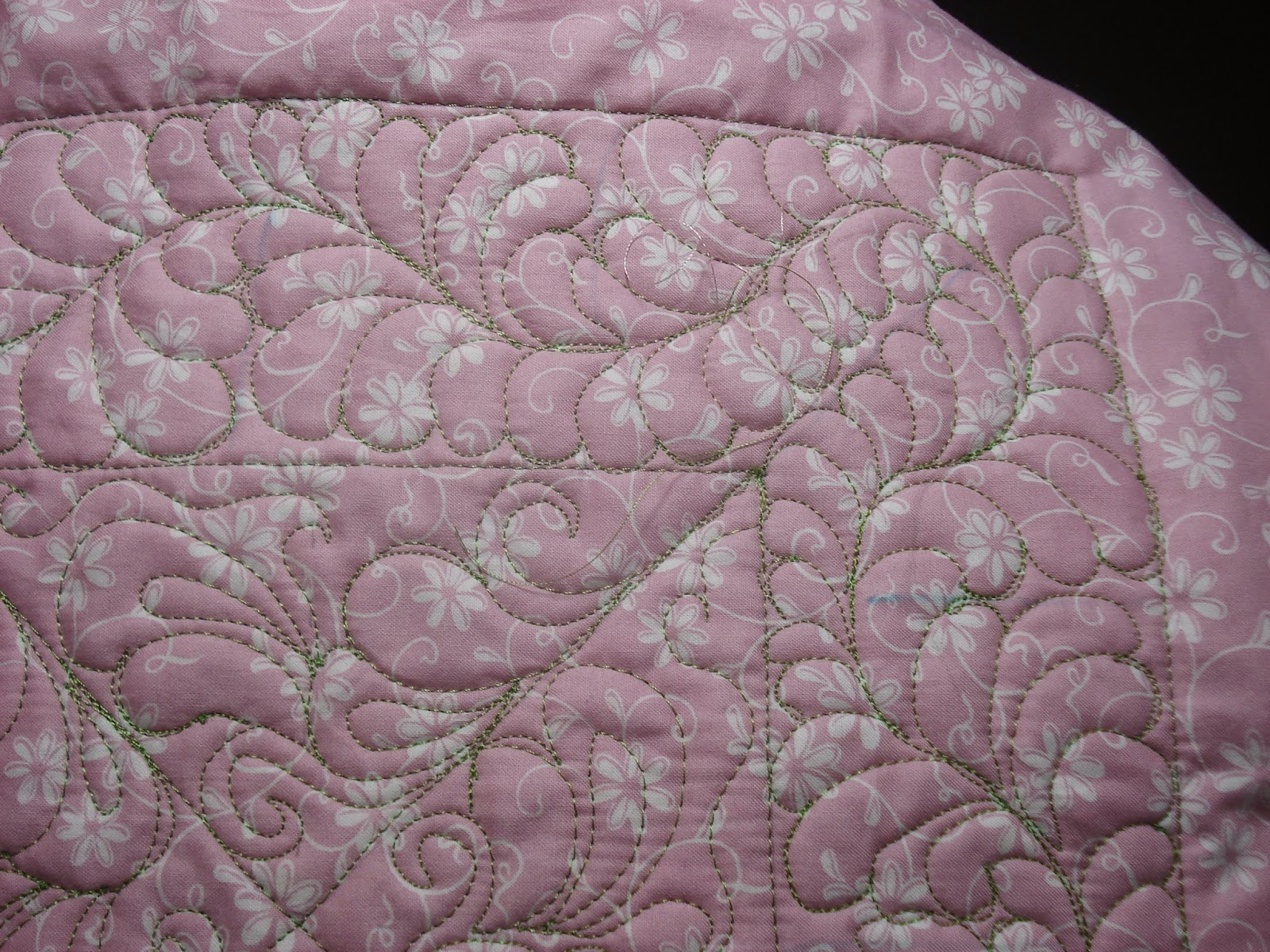 My constant companion at the sewing machine (and anywhere else I go, even to the loo!) had to be there helping too, if only for moral support! She's not as excited by the whole quilting thing, unless I happen to put some fabric or a quilt on the floor and then she's all over it! 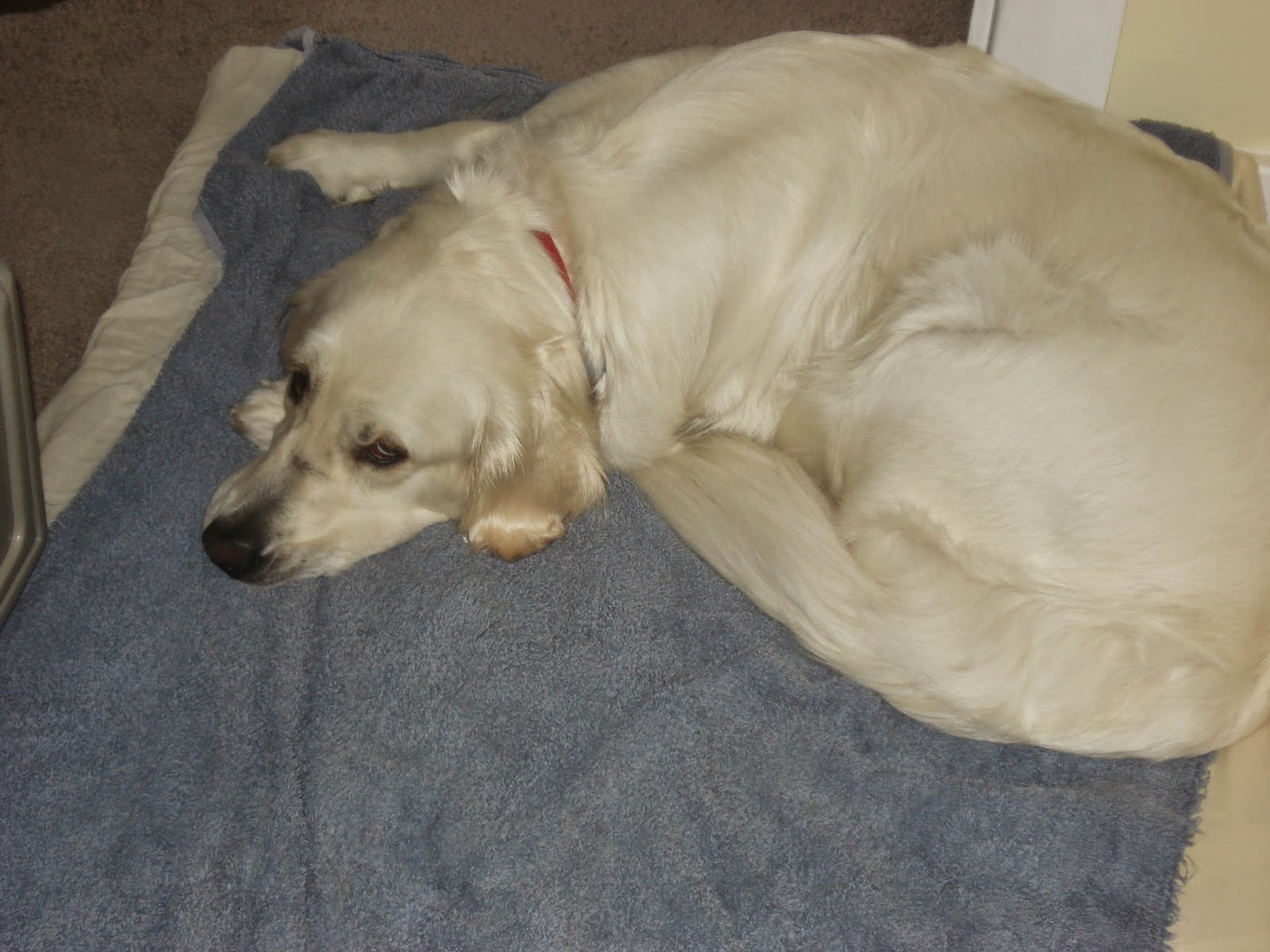 Anyway, that's January's UFO ticked off! I have managed to do a little work on one of my others at the same time but no photos to share of that one as yet. Its turn will come this year!

Thanks for joining me today,