Last year I took part in the Star Surround quiltalong run by Melissa at Happy Quilting and I got as far as putting all my blocks together and managed to get six put together into a cot quilt top.  However that's as far as I got with all the family medical and other dramas!

This year I am again taking part in the UFO-along at Aunt Marti's blog, 52 Quilts in 52 Weeks. Fortunately we only need to do one UFO per month rather than one a week!  The first number drawn was No. 7.  Since the baby I am making the cot quilt for is due on 1st of February, which is rapidly approaching, I made this quilt my project No. 7!  I promise the rest will be randomly drawn!

So this was where the project was at: 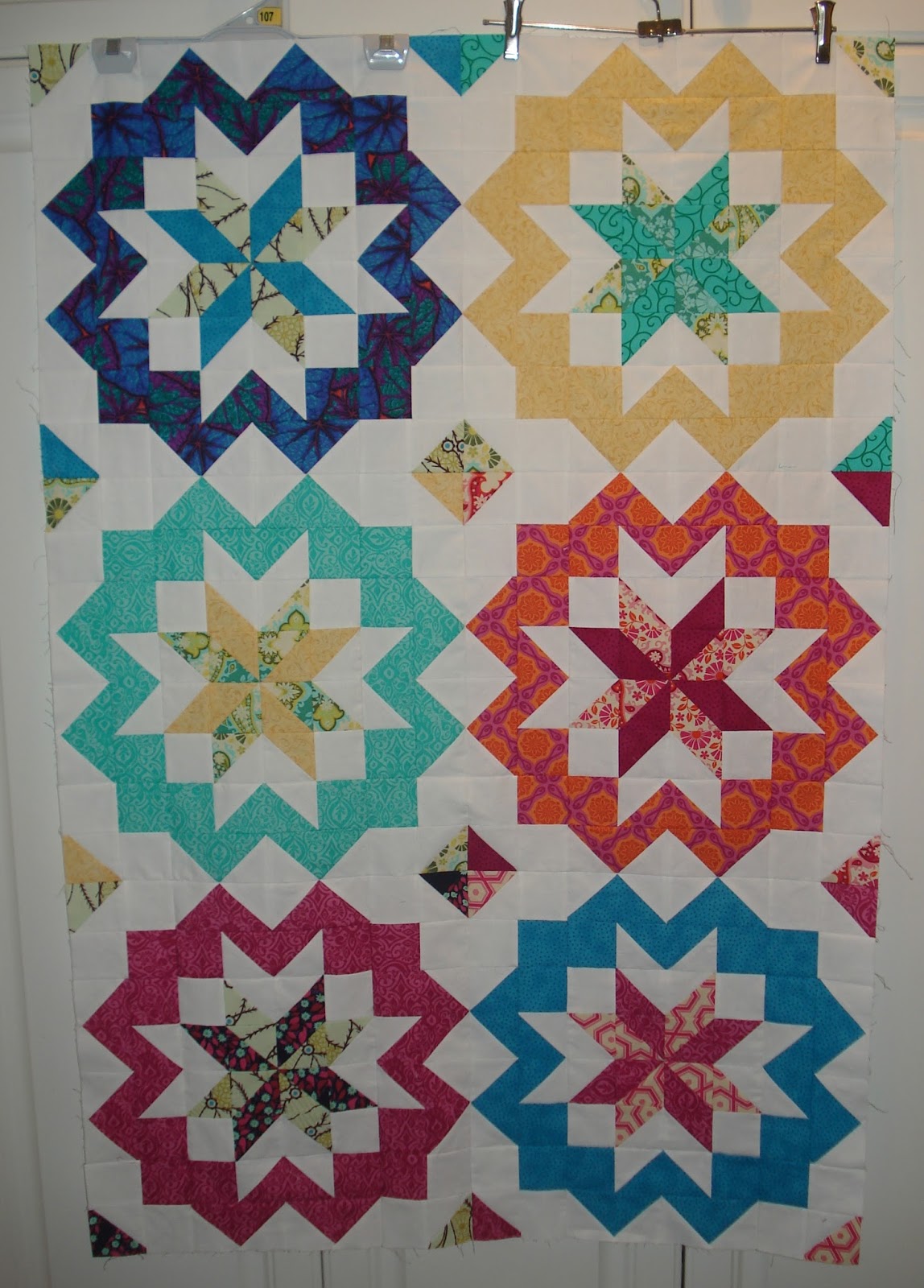 As I had the top mostly done I sat and looked at it for a while and decided it needed a little bit extra to finish off the pattern and make it a little bit larger. 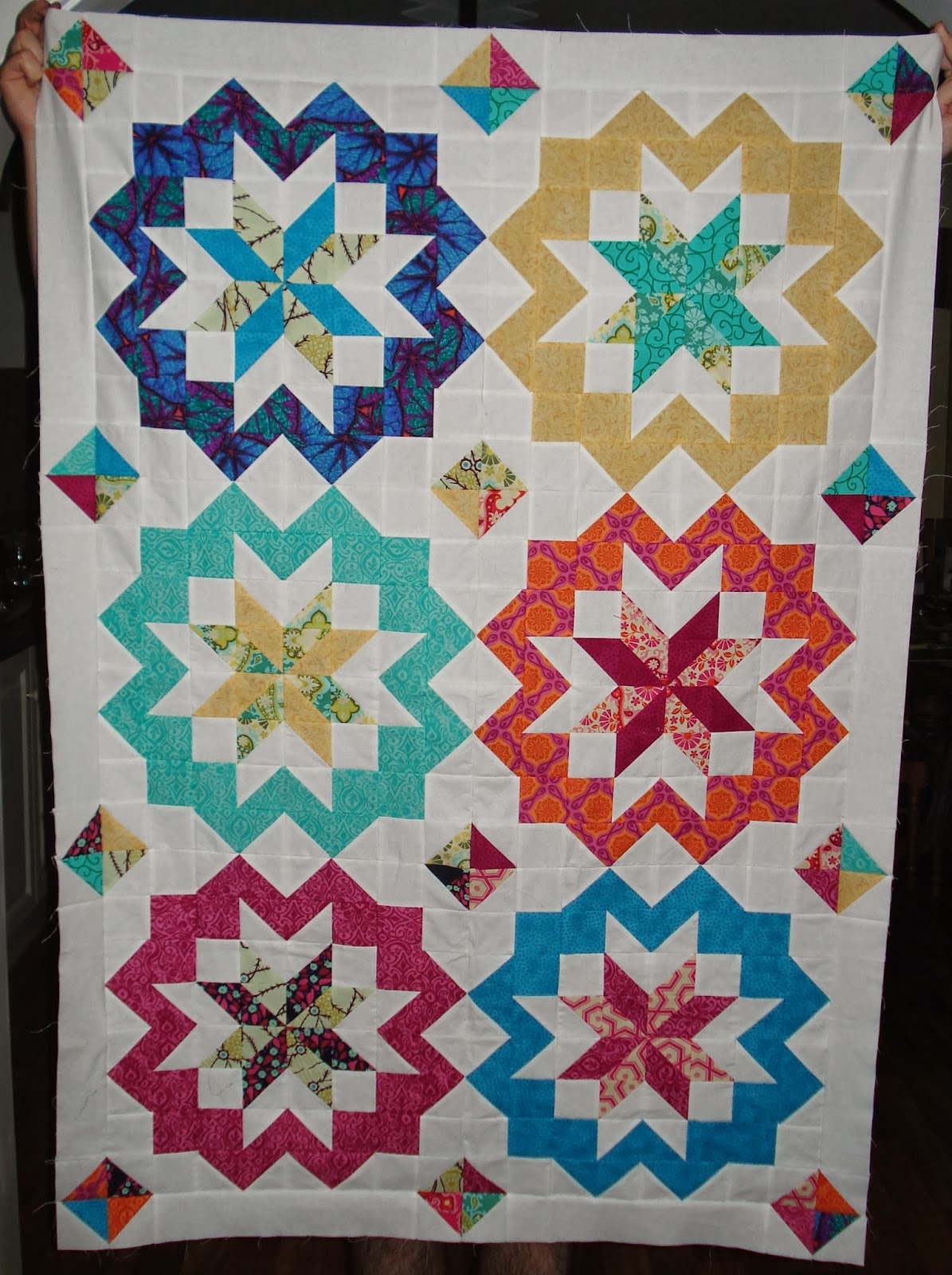 After selecting a backing and adding in a feature strip as it was a tiny bit narrow (sorry, no photo pre quilting of the batting!) I got it basted and then decided I wanted to try quilting it with Aurifil. I've heard good things about it and did a bit of a search and found a stockist in Adelaide not too far away that had some in stock.  I had intended to buy 50wt but got talked into 40wt and came home and got stuck in!

I know the baby will be a girl so wanted a design that was a little bit softer so went with a spiral design and a scrappy binding. 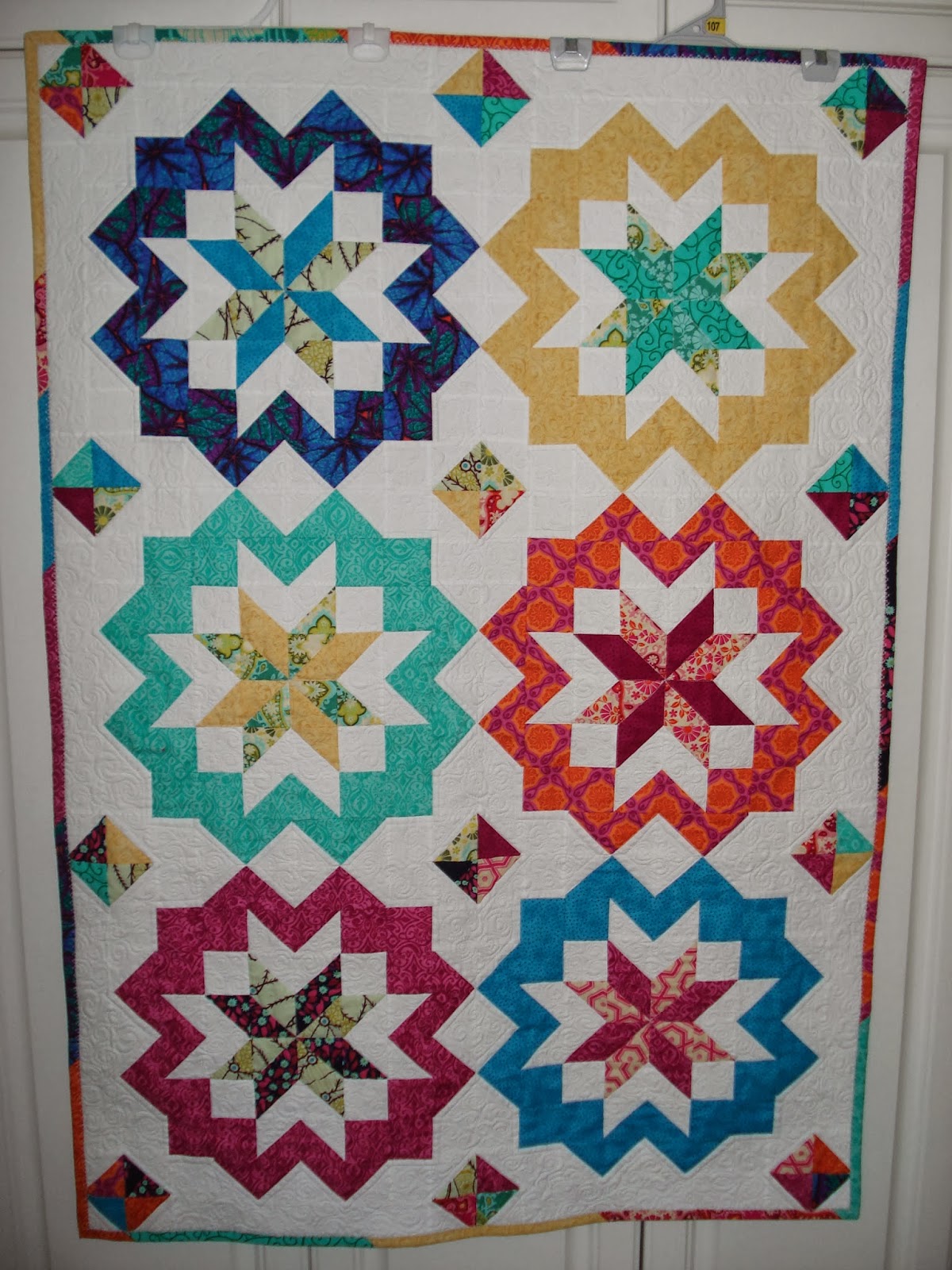 Here's some close ups which show the quilting better: 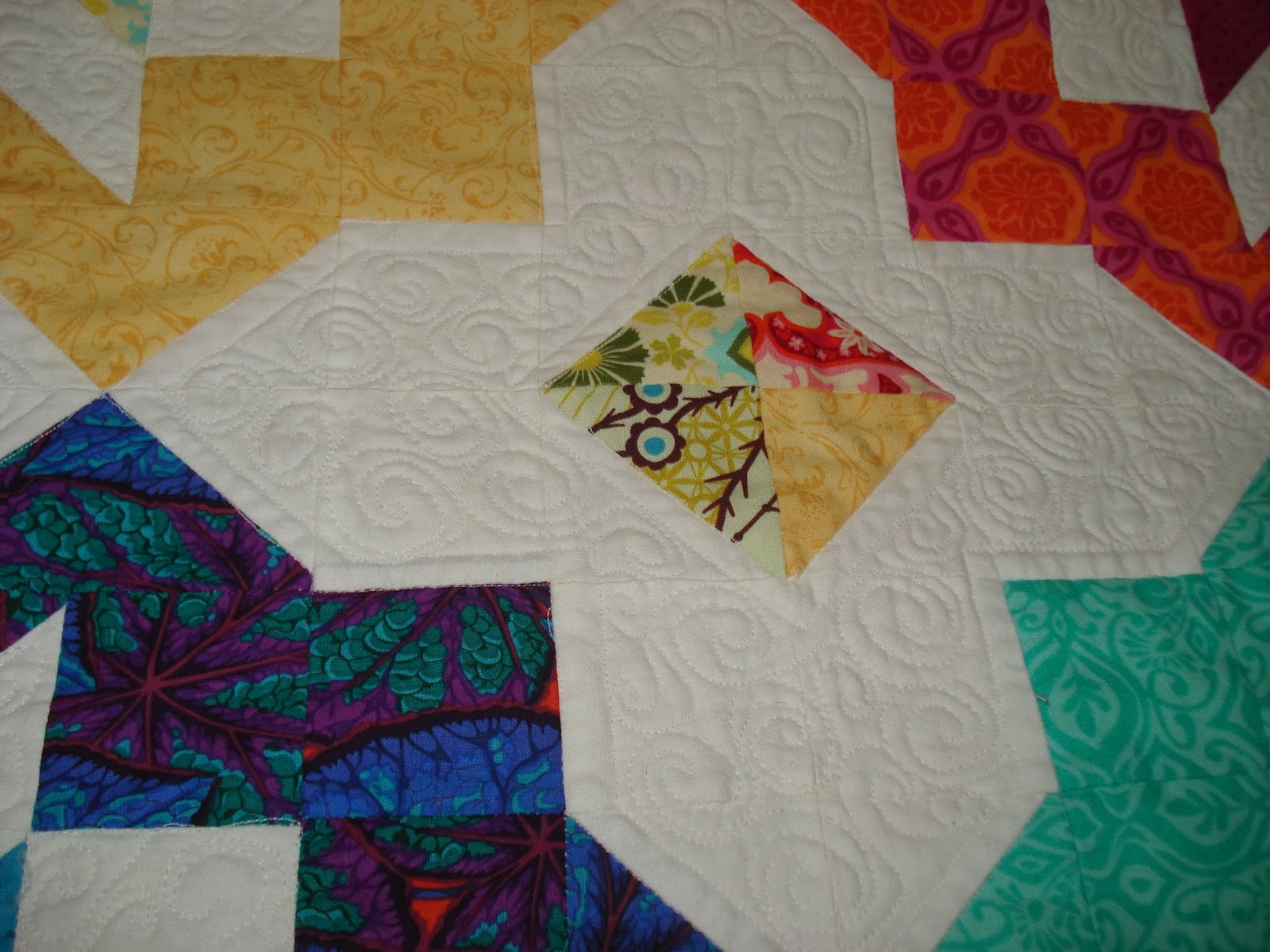 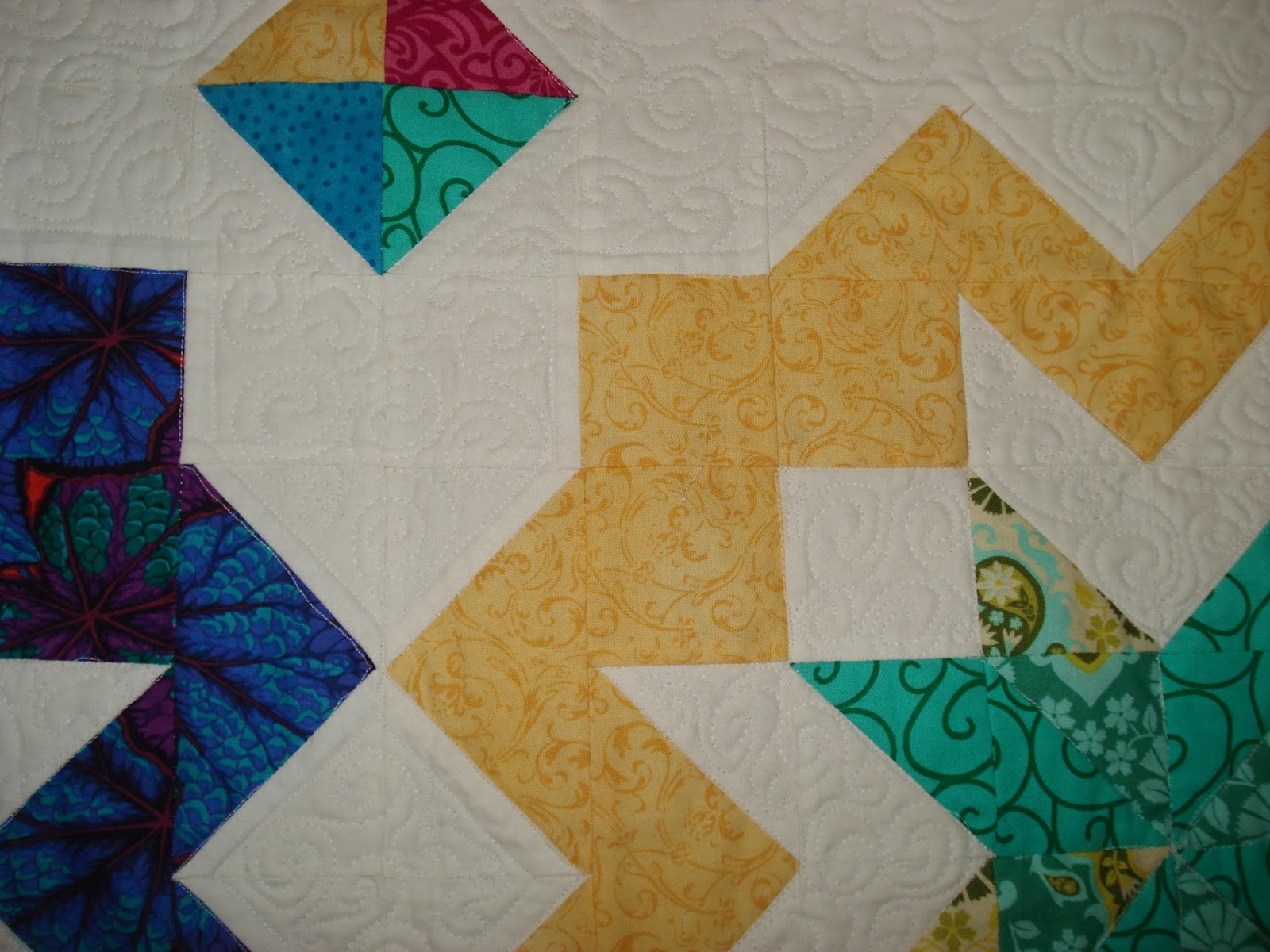 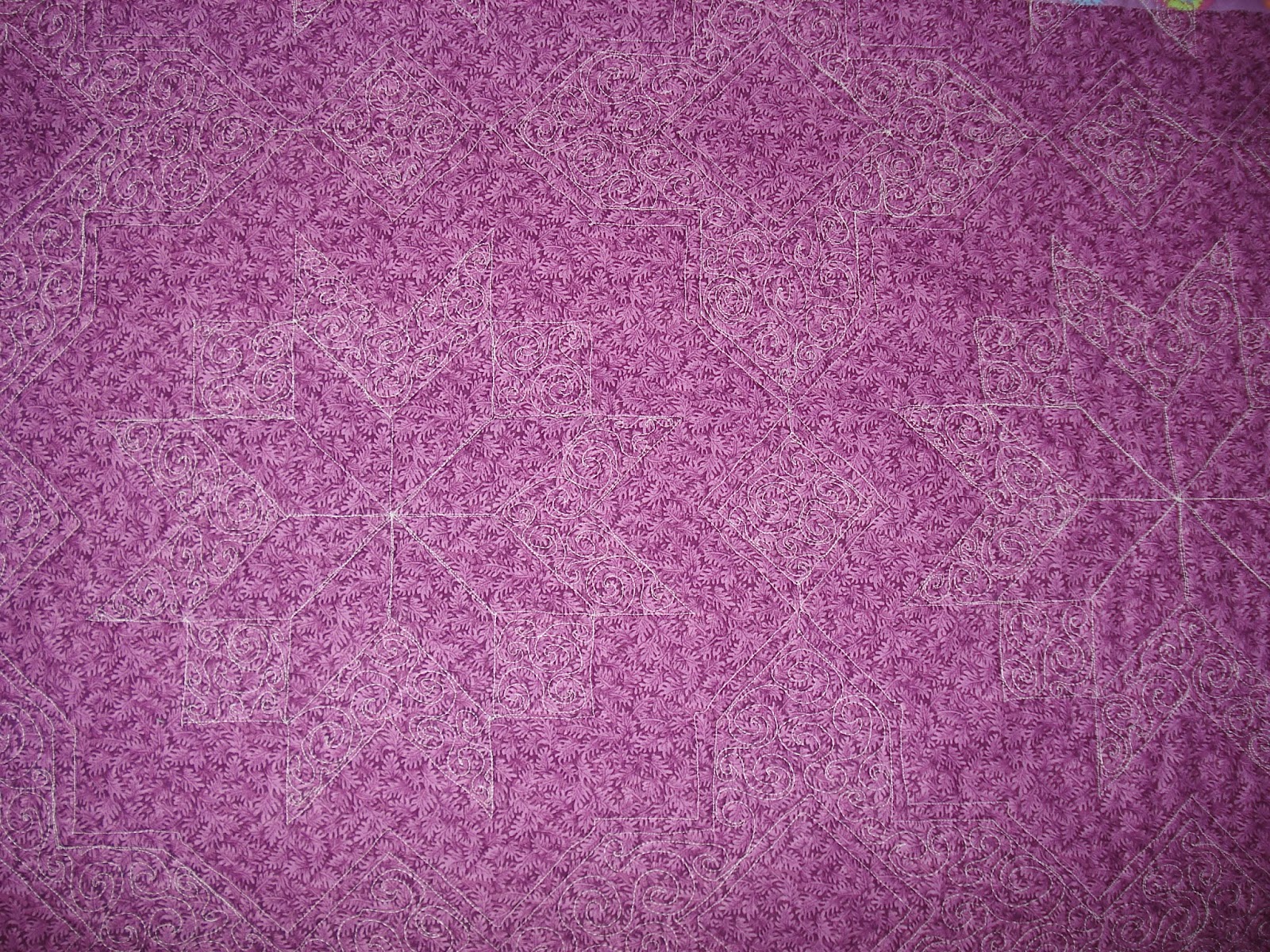 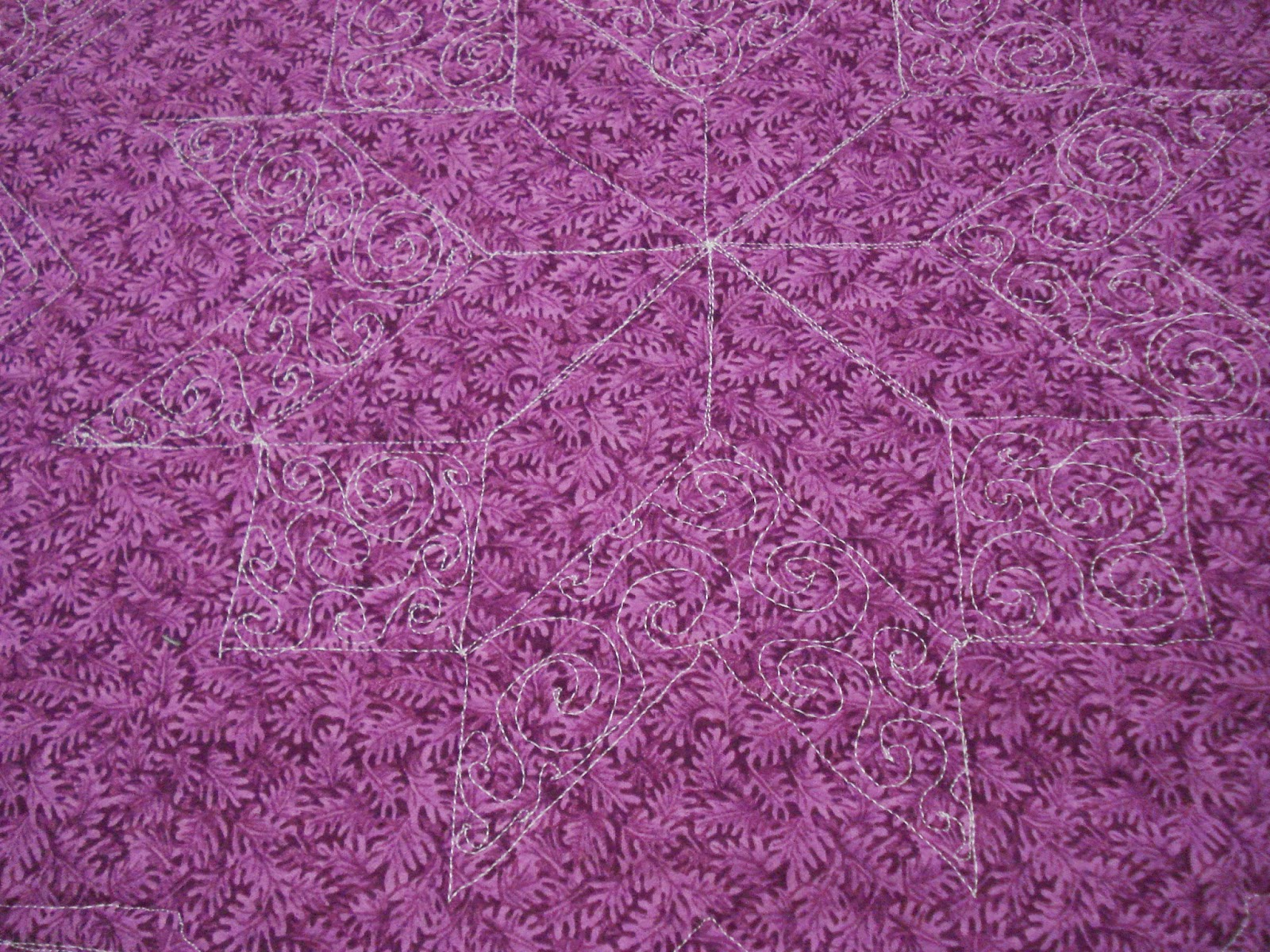 Here's a shot of the back. I do love that feature fabric! 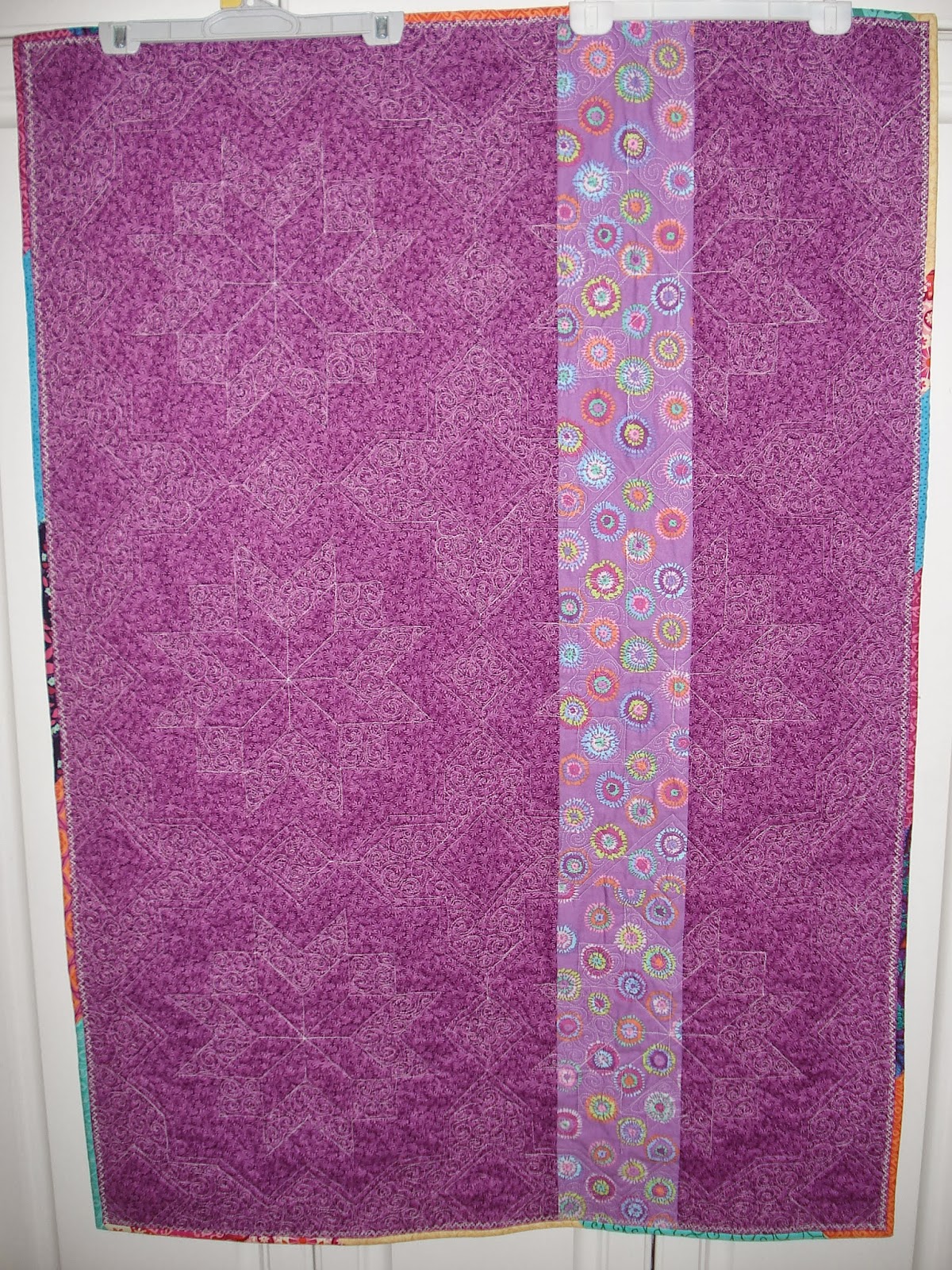 Now all I have to do is make a label but I can't do that until I know what the baby's name and birthdate is!

And my test drive of Aurifil? It wasn't too bad, I did still get some breaks but on the whole I would use it again but I did think I would try the 50wt on a quilt too and see which weight I prefer.  I love when serendipity steps in and recently I won a pack of 50wt Aurifil thread on the Quilting Block Swap Australia Facebook page. Sue, the co-ordinator of the group, and I were at an event together (post still to come on that!) on Sunday and she hand delivered my prize to me. 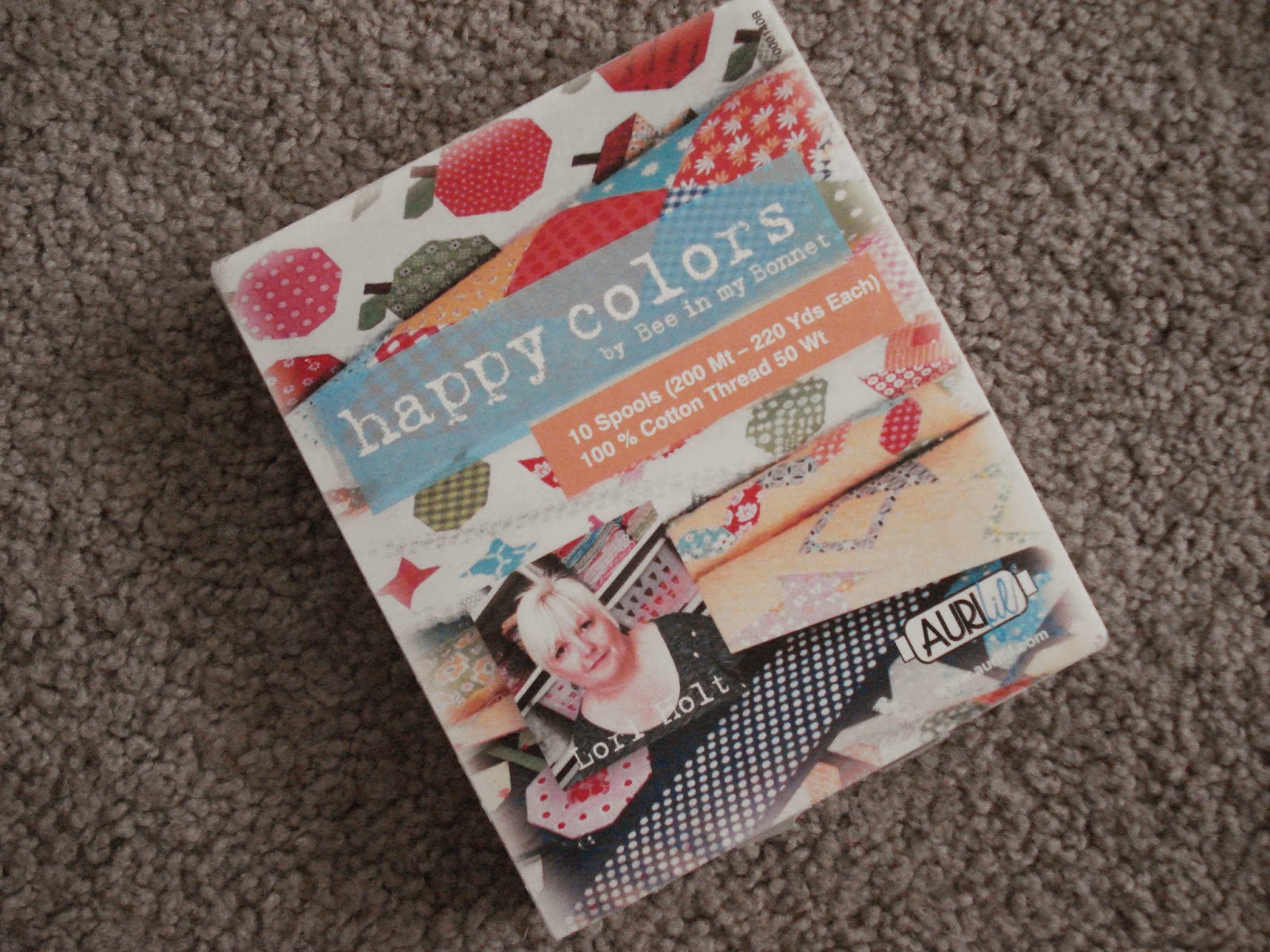 These are the loveliest colours and unfortunately my camera and the lighting at night don't show their true colours, they are much brighter and prettier than they look here! 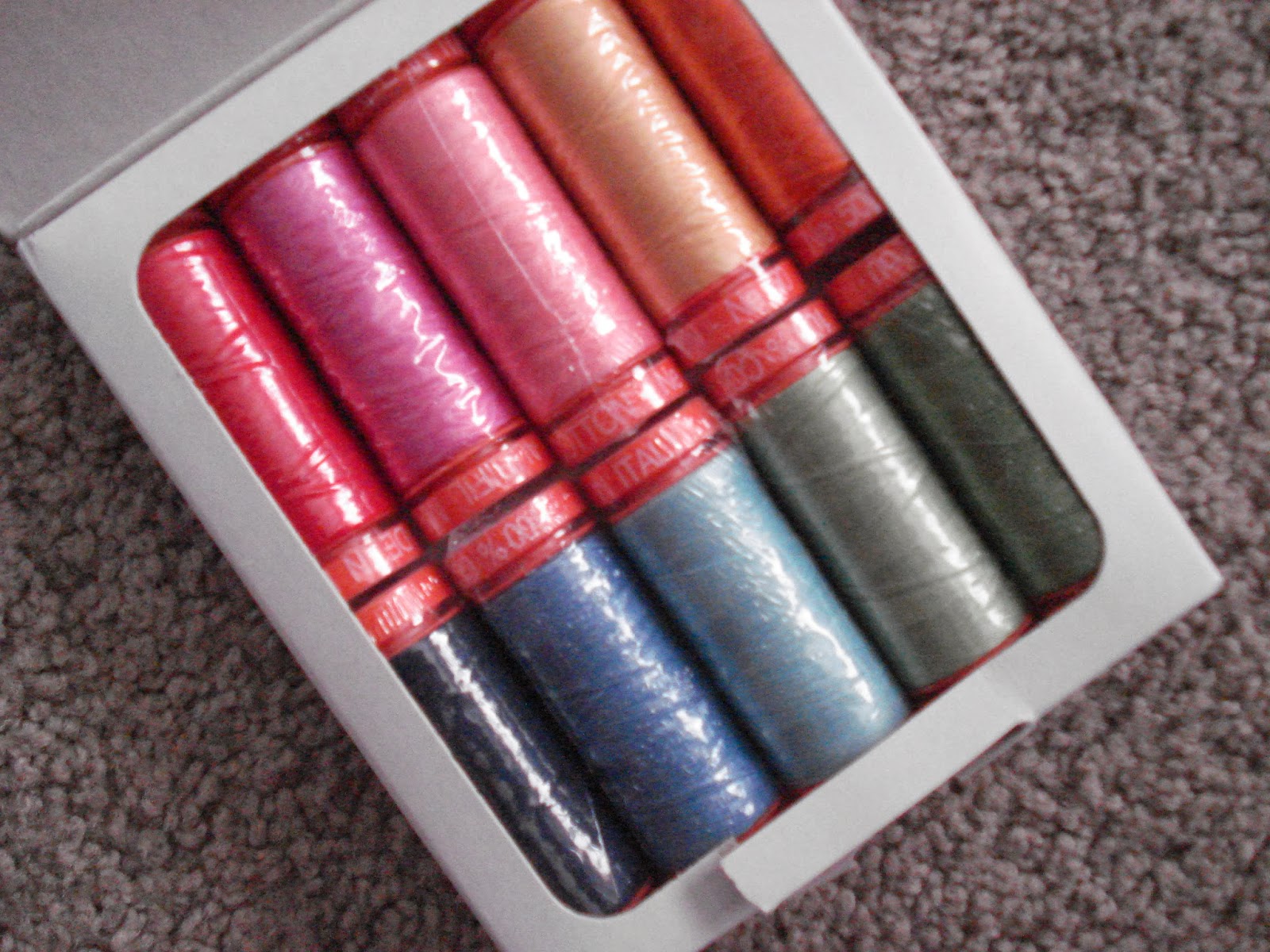 Lets not forget I still have the remaining Star Surround blocks to put together into a quilt yet (another of my UFO's for this year) and these colours are perfect for that project! Thanks Sue and the Fat Quarter Shop for sponsoring the prize!

Thanks for visiting my blog,